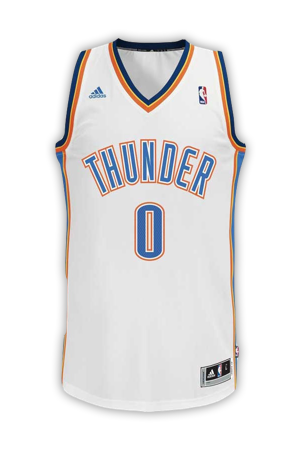 $ 33.00
BUY
Moving from Seattle after the 2007 season, the Oklahoma City Thunder debuted their franchise with these sleek white and blue jerseys. This style has become famous due to the exploits of Kevin Durant and Russel Westbrook. Before their recent breakup, the superstar duo led the Thunder to six straight playoff berths and an NBA finals appearance in 2012. 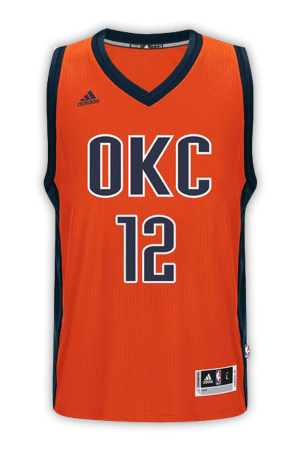 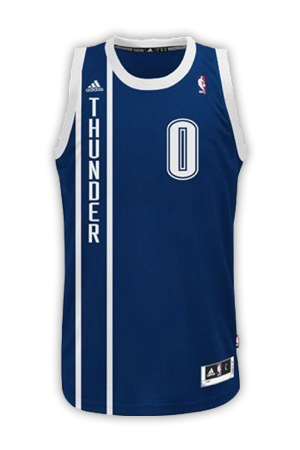