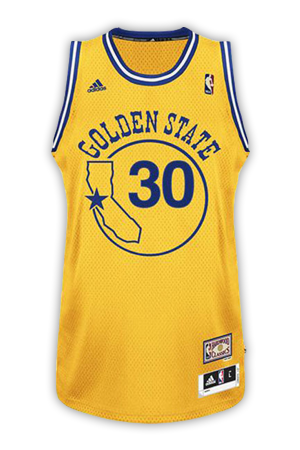 $ 33.00
BUY
Changing their name to the Golden State Warriors in 1971, the team unveiled these jerseys which showcased a graphical representation of California on the front. Warrior legend Rick Barry returned to the franchise in '72 after a four season hiatus, and led the way to an NBA championship in 1975. 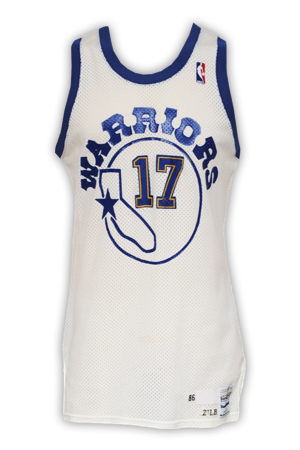